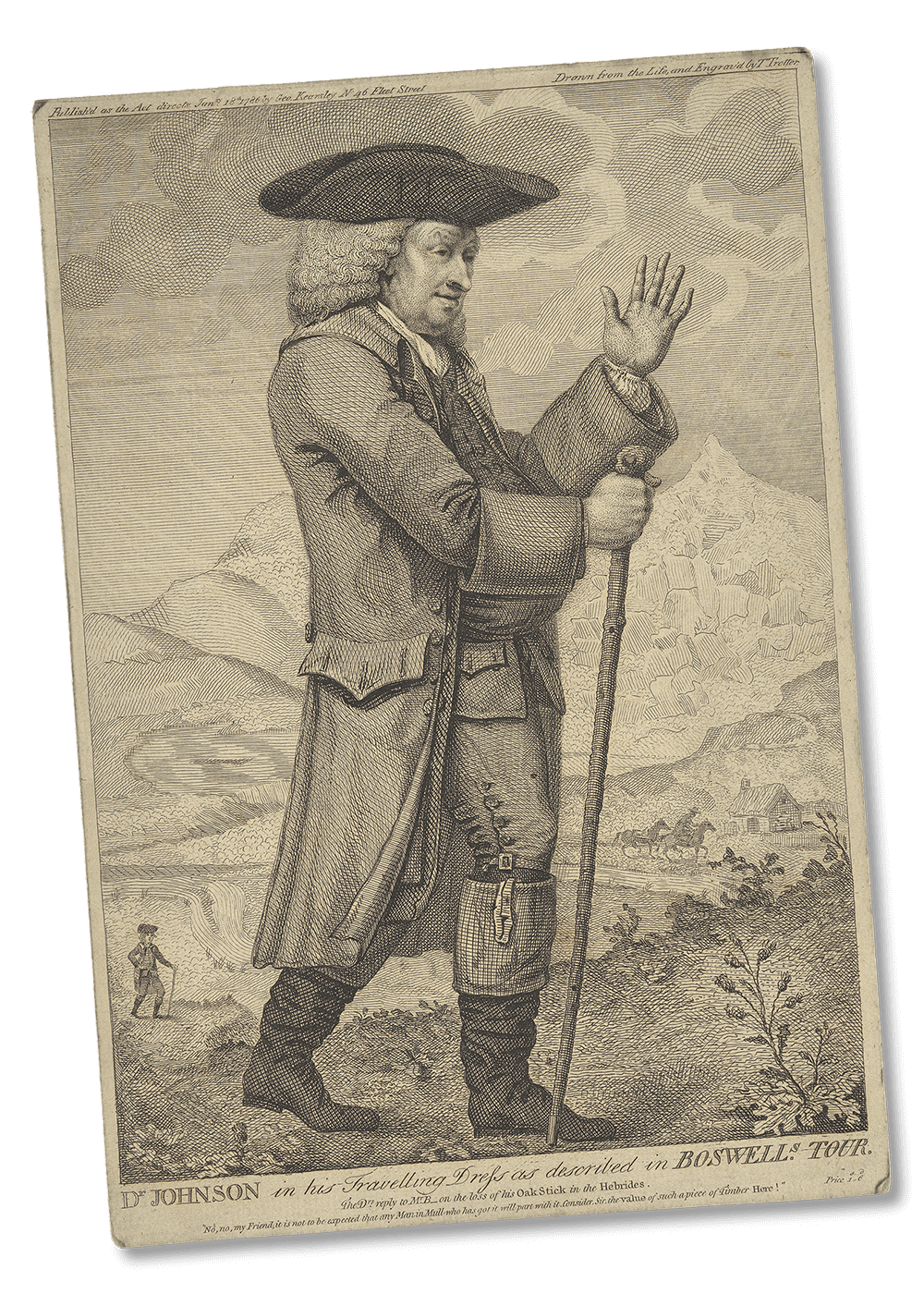 Much of Scotland’s dramatic and fast-paced change was driven by the vast profits deriving from the participation of scots in trade across the growing empire. The wealth generated paid for elegant new cityscapes as well as extensive remodelling of parts of the rural landscape.

Organised around a contrast of views of urban and rural places and peoples, this section may at first make it appear as if these worlds were quite divorced from each other. On closer look, it becomes apparent that these realms were being brought ever closer by the new transport network of the period, putting custom and improvement, the old and the new into striking juxtaposition.

Travellers in the Highlands and Islands were increasingly aware that they were witness to a world in transition, neither wholly one thing nor another. A key word in the period, improvement embraced a wide range of activities, from agriculture, mining, and industry to the laying out of pleasure grounds on landed estates. The progress of improvement was uneven but far reaching. In its wake, traditional Gaelic society faced a moment of crisis. Some attempted to document local ‘manners’, beliefs, rituals and ways of life before they disappeared forever. Others were prompted to keep such customs and manners alive, if often in a rather romanticised form.

Scotland as a terrain of enquiry

Many of the early visitors following in Pennant’s footsteps arrived in Scotland with the intention to open their mind to ‘a diversity of impressions, from general character to particular association -from ancient tradition, and recent celebrity – from customs and manners …’. The selection of key traveller’s accounts below illustrates their wide-ranging interests in the country.

The works selected here focus on the way in which artists captured in images their contemporaries’ interests in the Highlands and islands as places which had maintained their connection with the past while emphasizing how the modern world made its presence felt.

“…we came thither too late to see what we expected, Of what [the clans] had before the late conquest of their country, there remain only their language and their poverty. Their language is attacked on every side”. (Dr Samuel Johnson)

Unlike Samuel Johnson, who famously lamented how he had come too late to see what he expected (“a people of peculiar appearance, and a system of antiquated life …”) travellers such as Pennant and Banks saw rich potential in the Highlands and Islands, even if it was not as yet fully realised. Islay (Gaelic, Ila), ‘Queen of the Hebrides’, was a perfect point in case. From the early 18th century, the island was owned by the Campbells of Shawfield, a Glasgow based dynasty of wealthy tobacco lords.

Over the course of the century, they introduced improved farming methods and flax cultivation, that together with mills and weavers allowed for linen production. In the 1770s, when Banks visited Islay, the current owner was Daniel Campbell the Younger, who was responsible for the laying out and construction of the village of Bowmore, the development of the fishing industry, the provision of schools and the promotion of the church.

While some of the views gathered here were taken from locations on their way to becoming well-known beauty spots, others focus on the ongoing improvements of Glasgow as a modern city.