A Journey to the Western Islands of Scotland 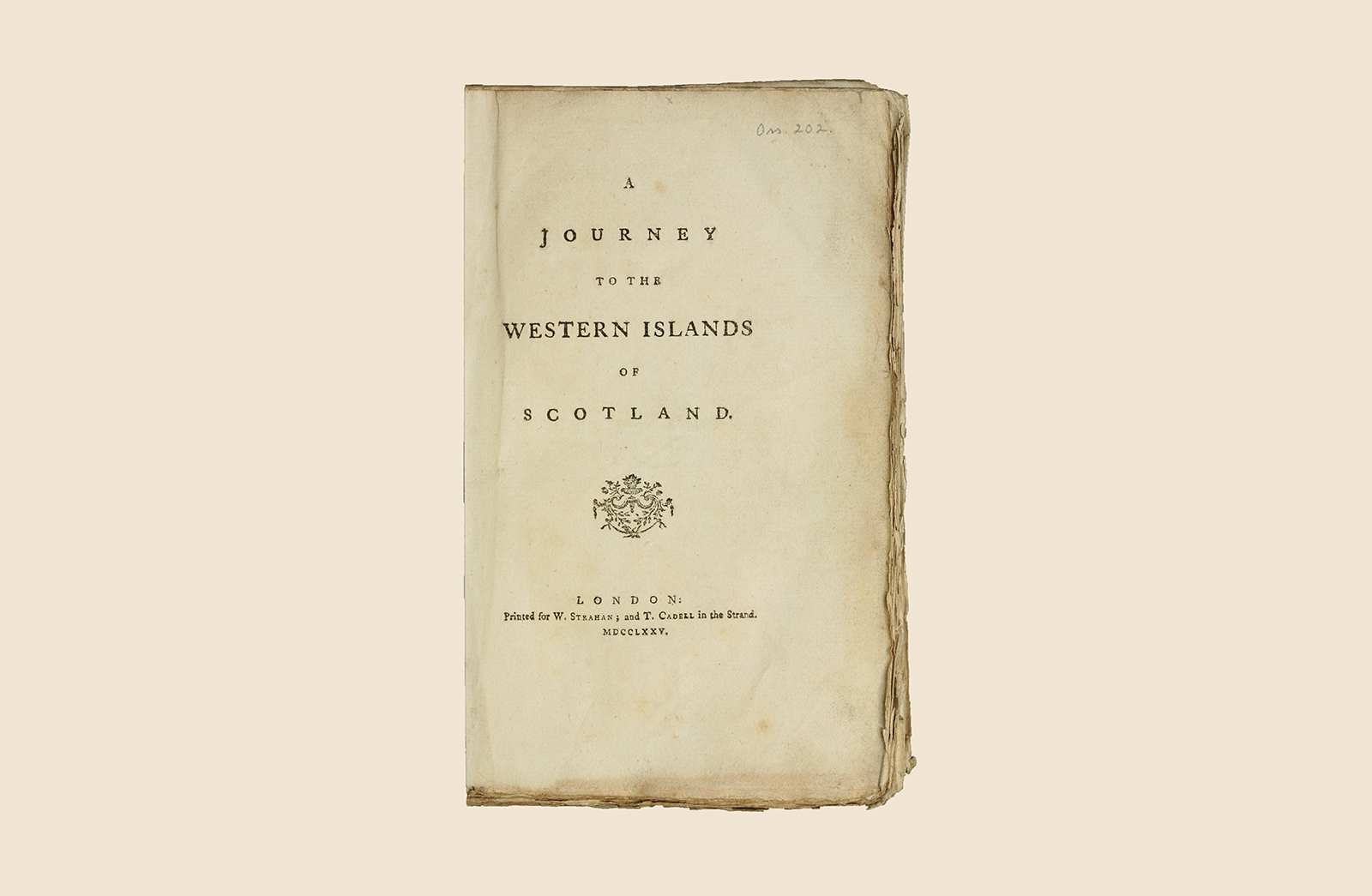 Propelled by a curiosity to see strange places and study modes of life unfamiliar to him, Johnson’s writing combines historical information with what we would now describe as sociological and anthropological observations about the life of the local communities. Arguably the best-known Scottish tour ever written, Johnson’s journey is also among the most controversial, because of its author’s view of Scotland’s uncivilised state. Yet his interest in the country’s past and present, and in its inhabitants, also led him to lament the threats facing Gaelic culture.