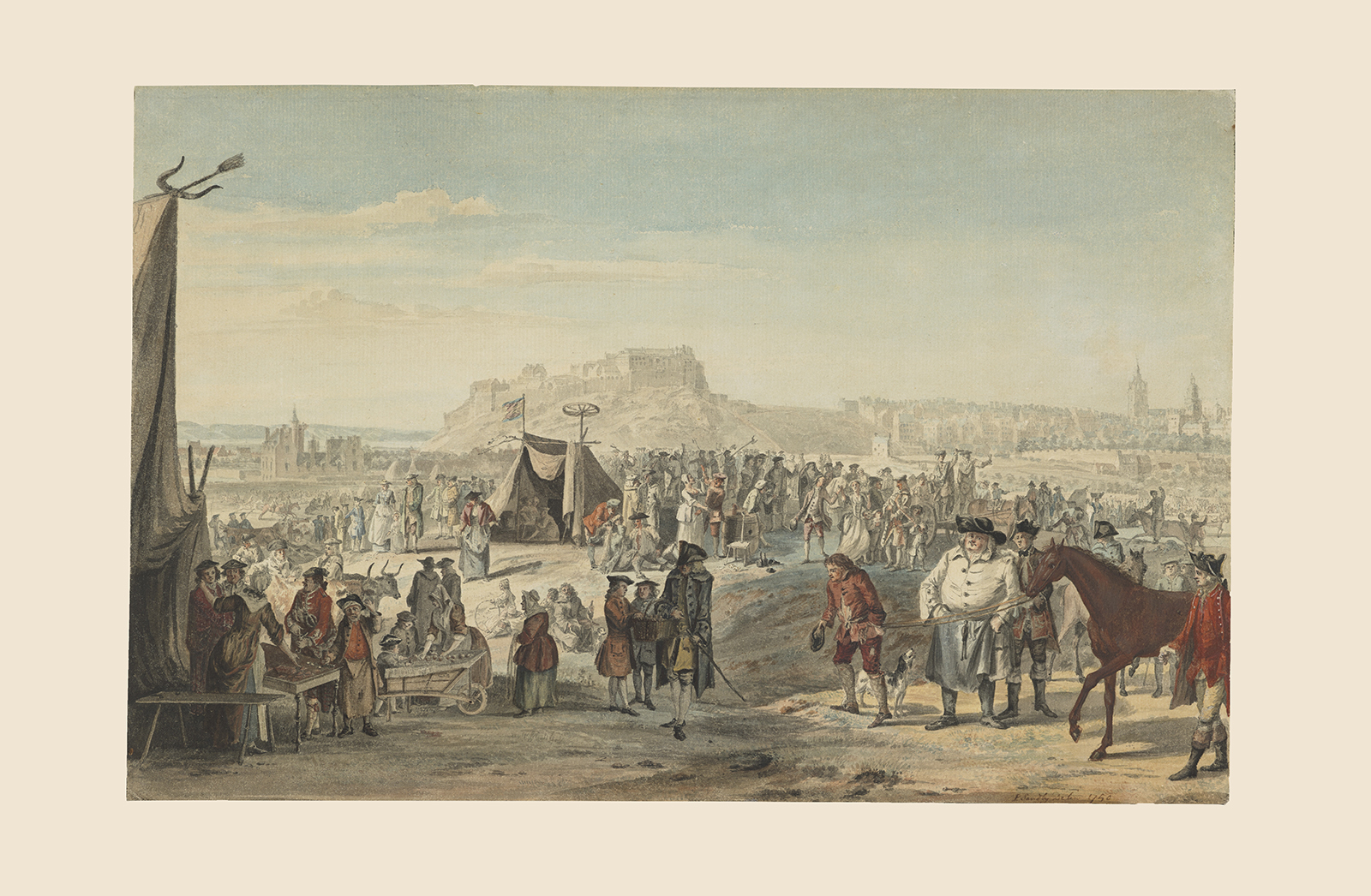 This view of a horse fair taking place in the shadow of Edinburgh Castle is among the few fully worked up scenes Sandby produced in Scotland. Such fairs were a traditional aspect of the city’s economy, serving as hiring grounds, market-places and social venues. Closely observed, it combines comedy with unsettling elements: a fight breaks out among the alcohol-fuelled crowd in the background; and plaid-clothed Highlanders mix with English redcoats.