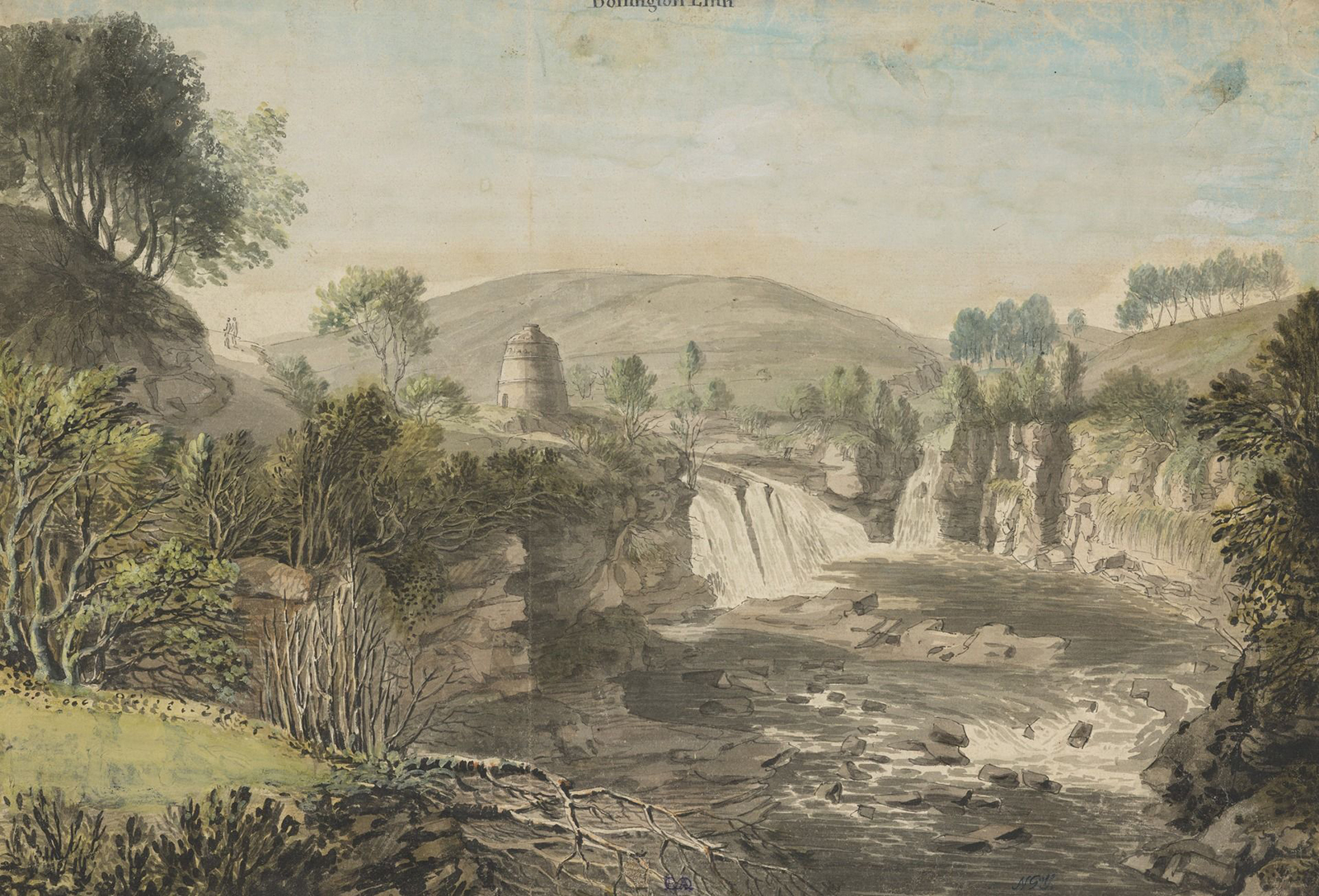 When off duty, Sandby would often seek out sites of historic and scenic interests in the company of local friends such as Clerk of Eldin. Bonnington Linn, one of three spectacular Falls on the River Clyde, 26 miles south-east of Glasgow, was among the ones he captured. Its ongoing popularity later prompted Sandby to exhibit his watercolours of the Falls of Clyde in London. Shown in the early 1760s, they were the first views of Scotland publicly displayed in the city.