A View of Corehouse Linn, on the River Clyde near Lanark 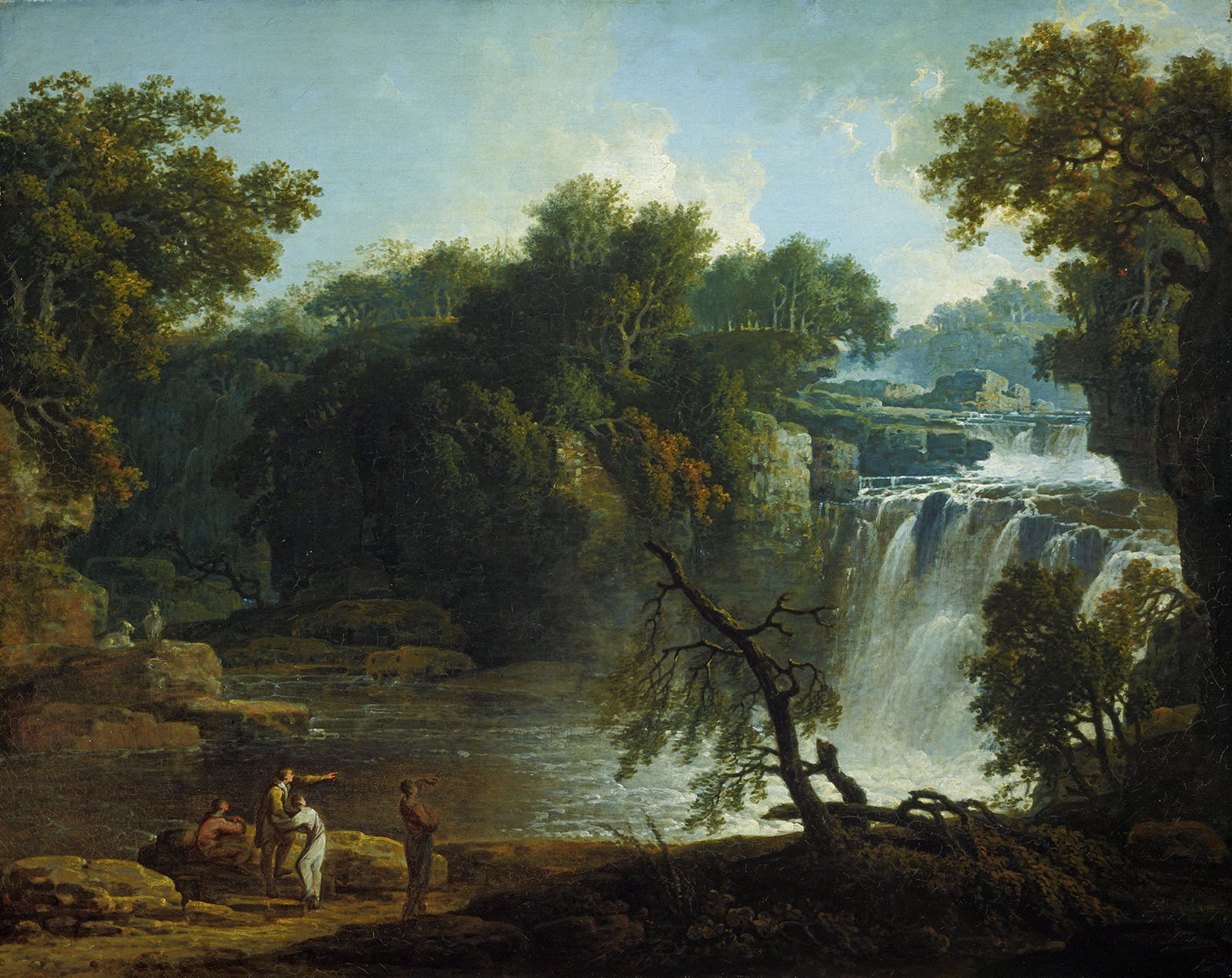 Cora Linn is one of three famous waterfalls known as the Falls of Clyde. Among the first to be adorned with a viewing station in the early 18th century by a local landowner, the site anticipated the later development of falls as scenic attractions. Exhibited in London in 1771, Jacob More’s picture of Cora Linn and other related scenes brought the artist considerable acclaim. Note the vaguely antique costume of the visitors, a reminder of the growing view among contemporaries that Scotland’s waterfalls represented ‘classic ground’.