A New Map of North Britain done by order of the Right Honourable the Lord of Albemarle, Commander-in-Chief of His Majesty’s Forces in Scotland 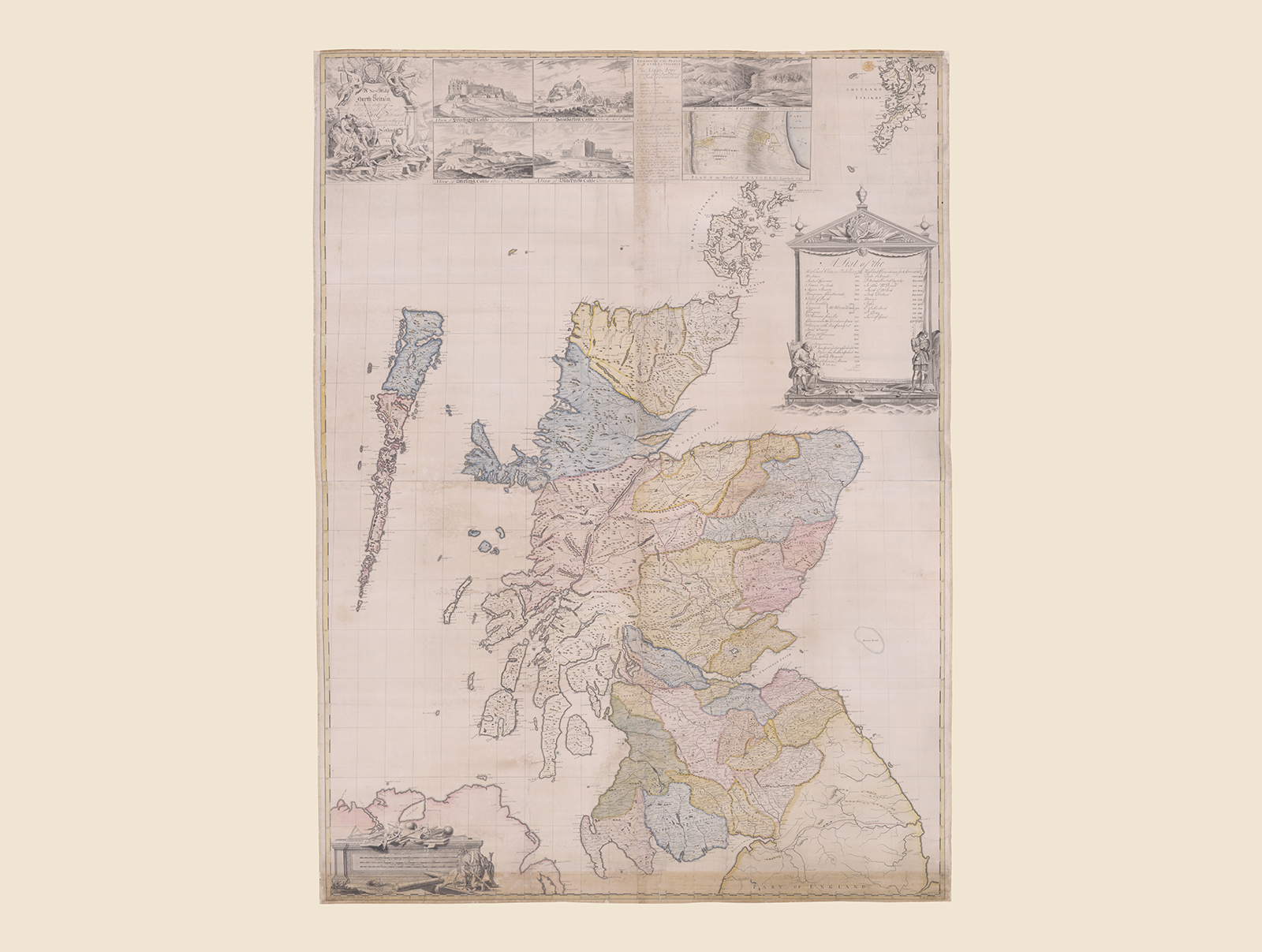 Made for Cumberland’s successor as Commander-in-Chief of His Majesty’s Forces in Scotland, the Earl of Albemarle, this was the most up-to-date map of Scotland at the time of its publication. Its author, John Elphinstone, was a military engineer who served with the Duke of Cumberland's army. Mixing allegorical and satirical imagery with inset plans and views, the map combines factual details, such as the network of roads and forts created to facilitate the pacification of the Highlands, with a plea for clemency. It also acts as a pointed reminder that not all Highlanders were Jacobites and that some Jacobite Highlanders had a noble nature.