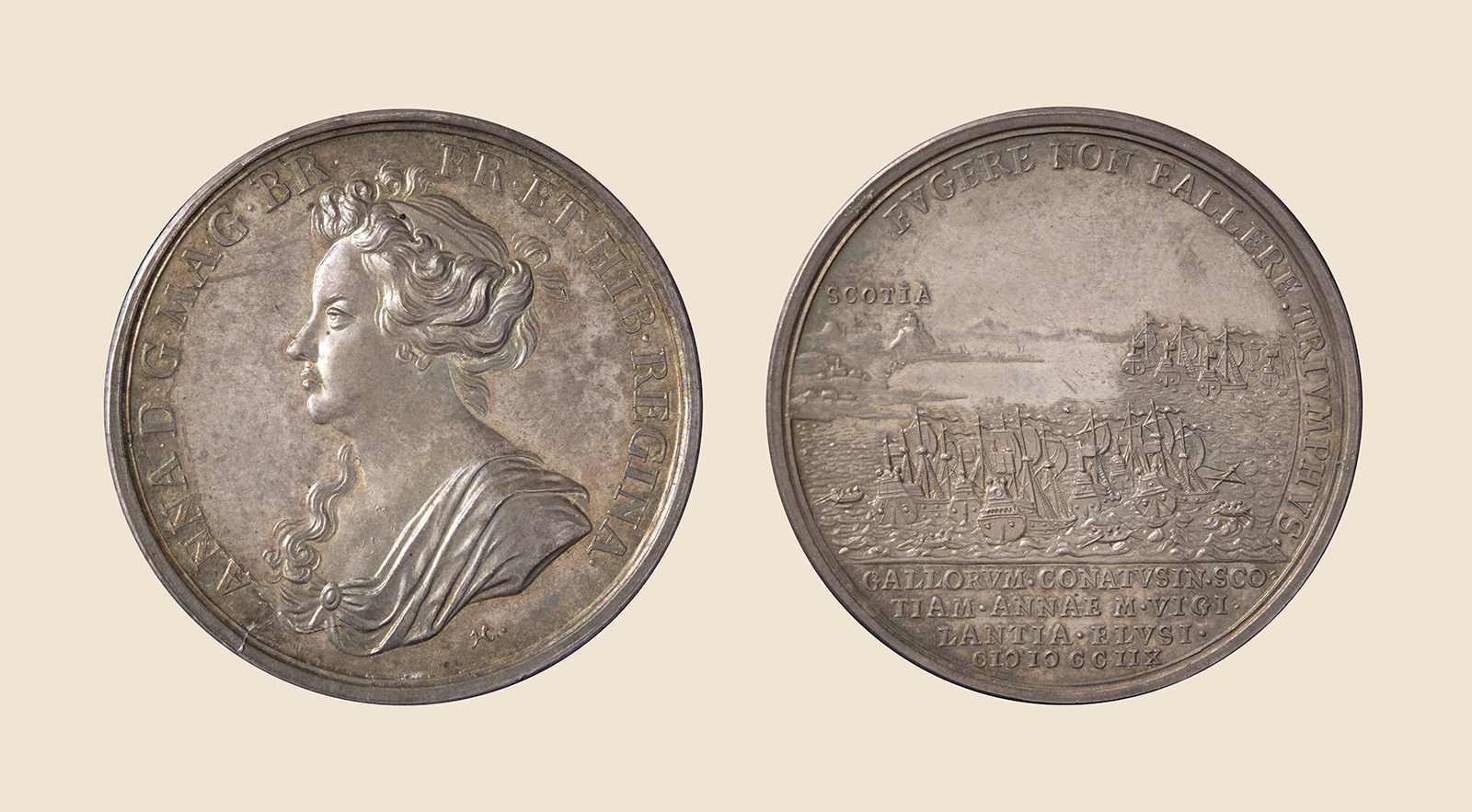 This medal is a reminder of the innumerable Jacobite plots and conspiracies that dominated the first half of the eighteenth century in Scotland. Struck to mark the frustration of a plan to kindle a Jacobite rising with the landing of French troops in Scotland, it shows the invasion force being intercepted by a British fleet off the north-east coast of Scotland.