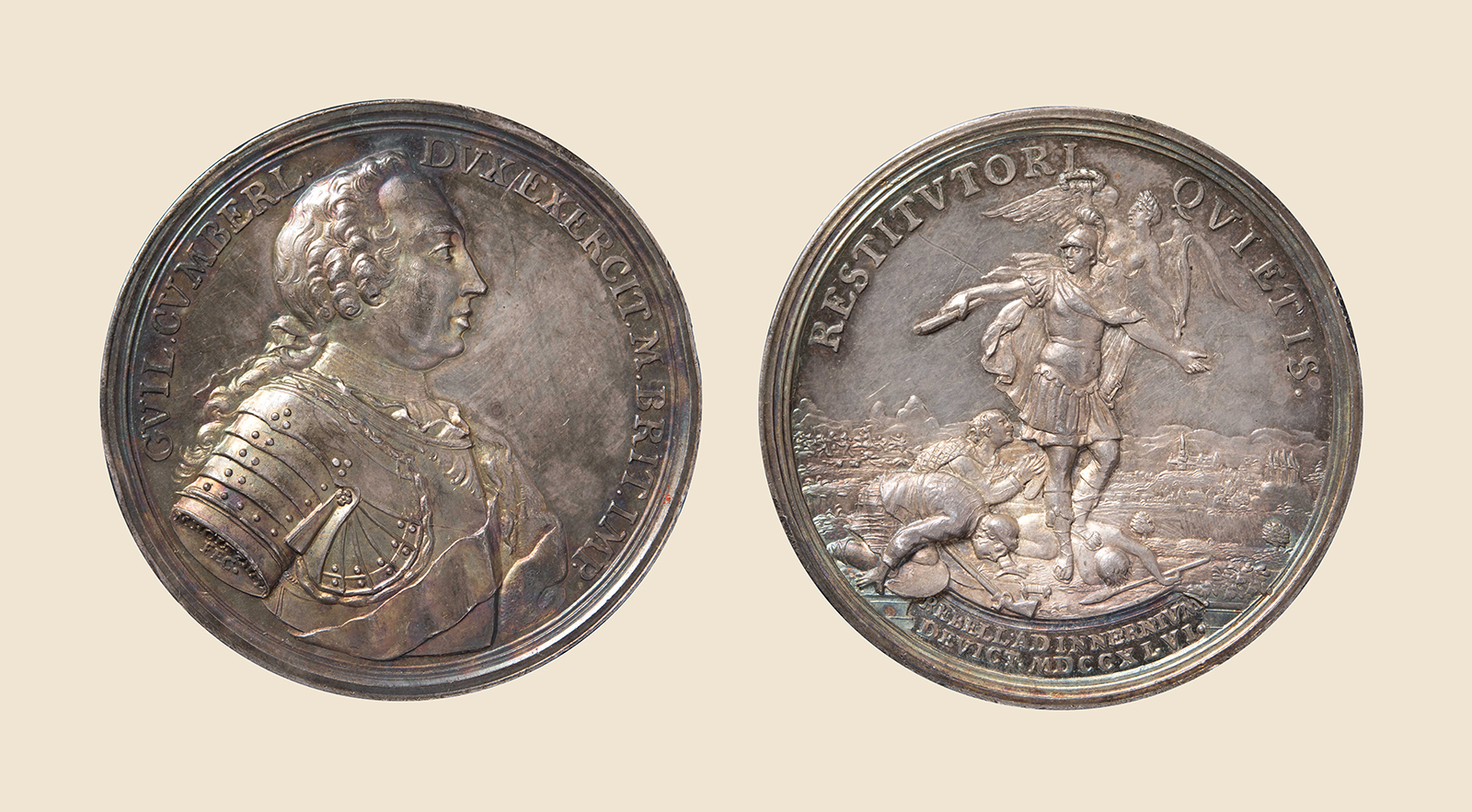 Mixing landscape imagery with allegory alluding to the classical past, this medal commemorates the decisive defeat of the Jacobite forces at Culloden in 1746. It depicts William, Duke of Cumberland. Now notorious for the cruelties inflicted in the aftermath of the battle, he is shown here as a Roman general being crowned by Victory, rising over the vanquished Jacobites. The view of Inverness in the background is among the first pictorial representations of the town.