The Ferry of Ballahoulish, from an album of drawings by John Clerk of Eldin 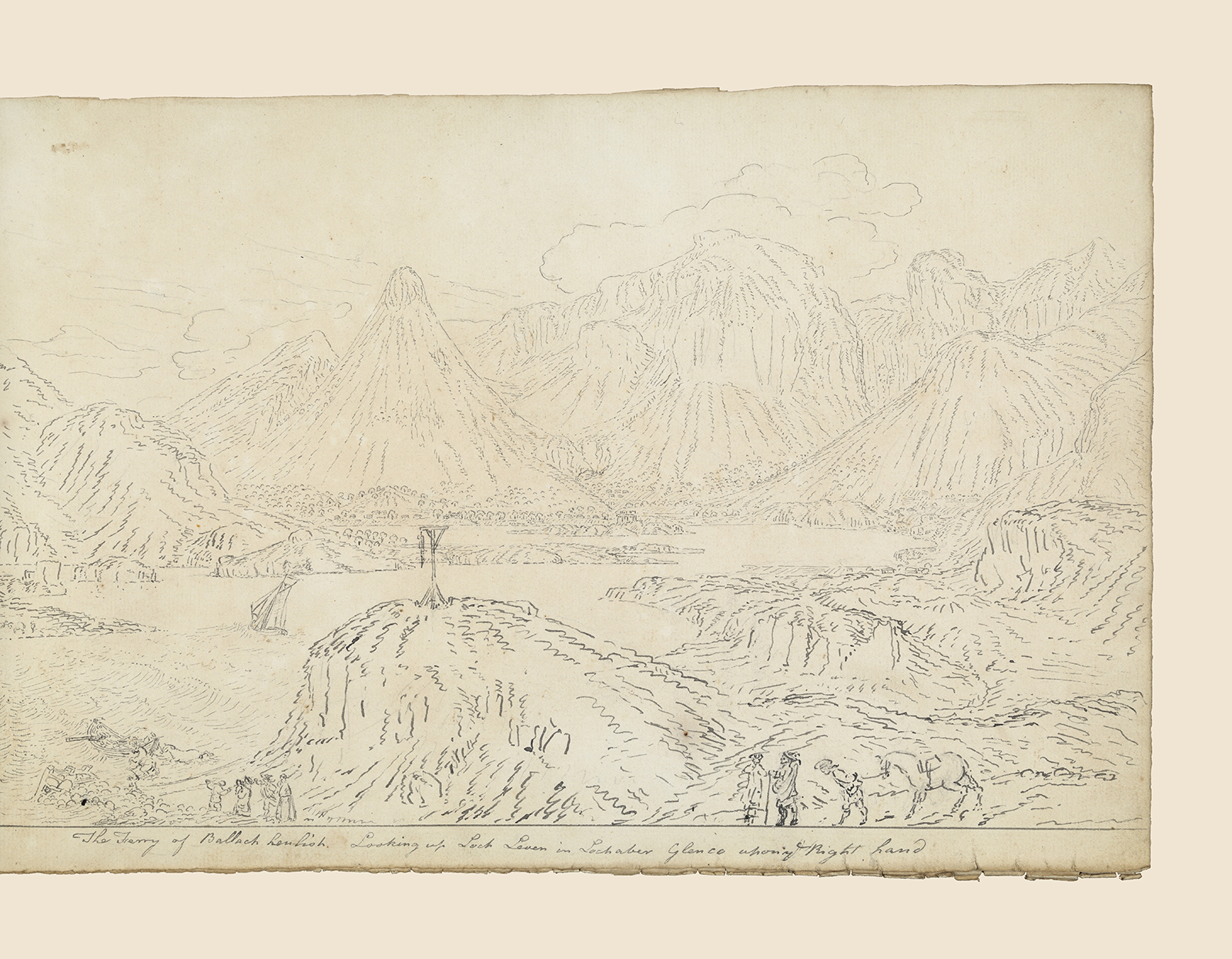 This sketch is a unique reminder of the unsettling scenes travellers in these troubled times might come across. Depicting the ferry at Ballachulish in northern Argyllshire, it centers on the hanged body of James Stewart, sent to the scaffold (despite evidence of his innocence) for the murder of the ‘Red Fox’, a government official. A multi-talented man, Clerk would later become a well-known amateur etcher, show a considerable interest in geology, and publish a celebrated essay on naval tactics.