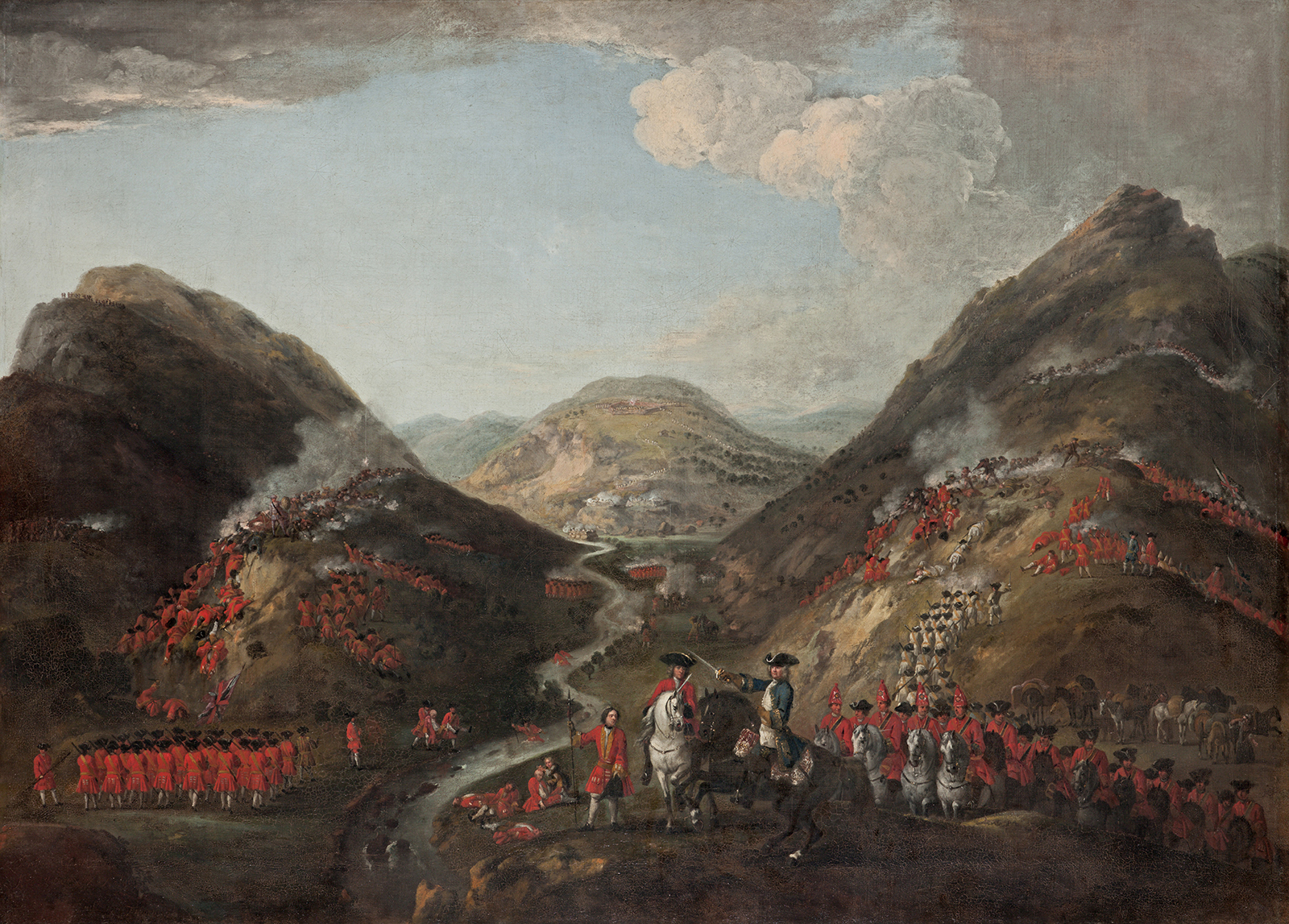 This picture commemorates General Joseph Wightman’s defeat of Jacobite forces on the slopes of Glen Shiel on 10 June 1719. Overlooked by General Wightman, the redcoats below embark on the decisive final assault, scrambling up towards the enemy (including white-coated Spanish troops) in the hillsides above.

Founded on a tradition of 17th-century battle paintings produced for the aristocratic elite, the power of such pictures largely depended on the precision with which the artist delineated the action and setting. To compensate for his lack of first-hand knowledge of the terrain, Tillemans drew on a combination of eye-witness accounts and a series of detailed battle plans.

The resulting painting is one of the few extant oils of the Highland landscape from the first half of the 18th century.