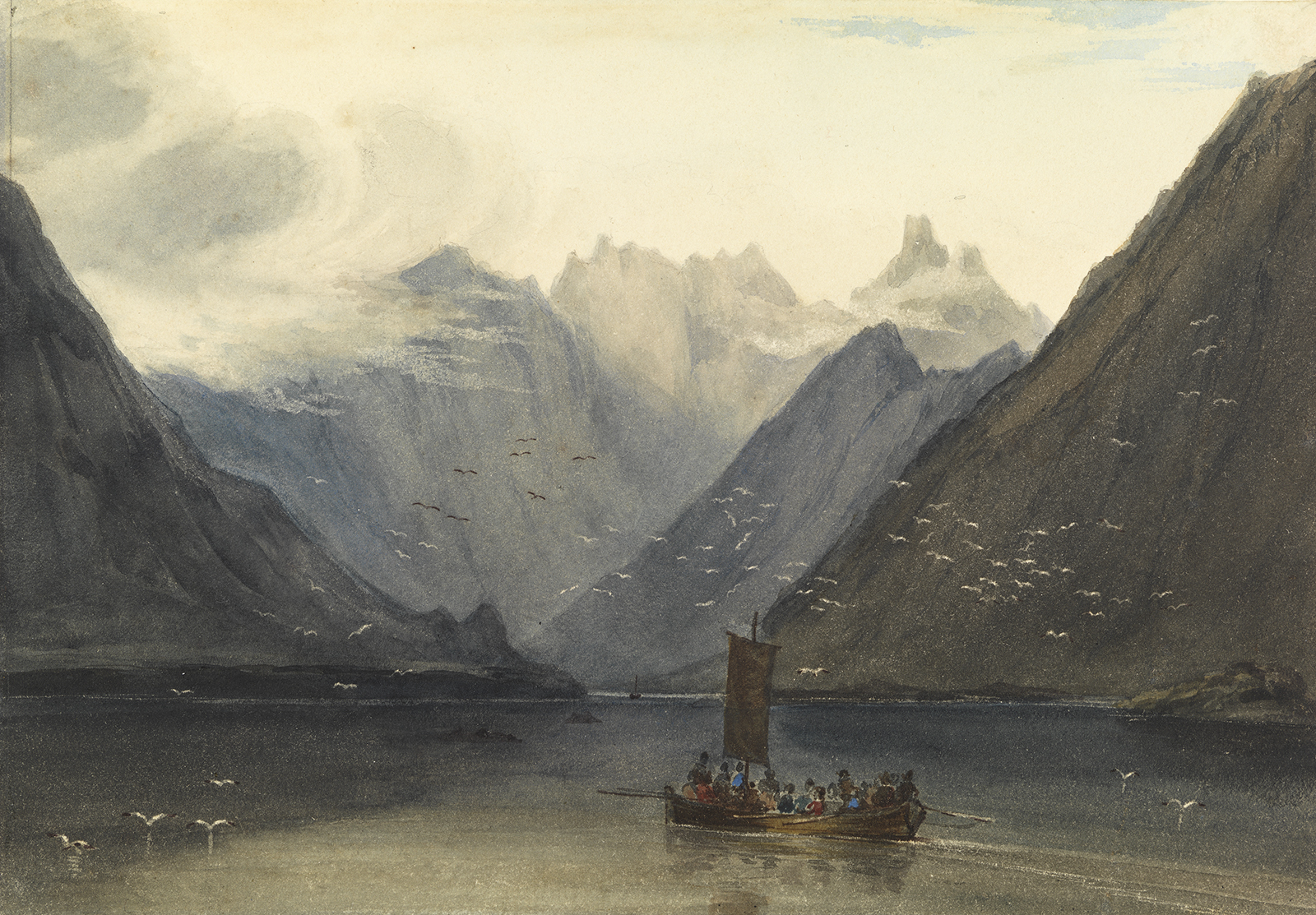 Like many of his contemporaries, Daniell was enthralled by Scott’s latest narrative poem, 'The Lord of the Isles' (1815). In Scott’s verse, Fingal’s Cave and Loch Coruisk served as suitably dramatic backdrops for Robert the Bruce’s attempt to reconquer his kingdom. Doubtless, Daniell was as drawn by these new literary associations as the dramatic scenery. In the years to come, Scott’s poem would lead many more artists and tourists to the Hebrides.

Having had a notable success with the publication of Oriental Scenery (1812–16), a sumptuous collection of views compiled from studies made during travels in Indian with his uncle, Thomas Daniell, in 1813, William Daniell embarked on a journey around the coast of Great Britain. Over ten years in the making and running to 308 aquatints plates with accompanying letterpress spread across eight volumes, this ambitious project to document the nation’s coastlines and islands was framed as a distinctly patriotic endeavour. Begun towards the end of the war with revolutionary and then Napoleonic France, Daniell’s designs celebrated the natural barriers, defensive works, and coastal economies that had secured the country during the long years of threatened invasion.

Between July and October 1815, so in the immediate aftermath of Waterloo, Daniell made the third and longest of his coastal voyages, touring the Western and Northern Isles. He was to produce 139 prints of Scottish subjects, many at the suggestion of Walter Scott, who provided the artist with ‘helps and hints’ as well as letters of introduction to various Highland gentlemen. When the third volume of the Voyage appeared in 1818 it bore a dedication to Scott as the author of Lord of the Isles: “the present series of views, however humble their merit, will in some degree associate themselves with the vivid pictures which your last poem presents of the magnificent scenery of the Isles”. Many of Daniell’s cool toned, precisely delineated views of Hebridean scenery allude to Scott’s verse, which is also quoted extensively in the accompanying text. But that is not to say that the modern world escapes the artist’s gaze entirely: kelping, herring fisheries and newly introduced sheep husbandry all frame his views.