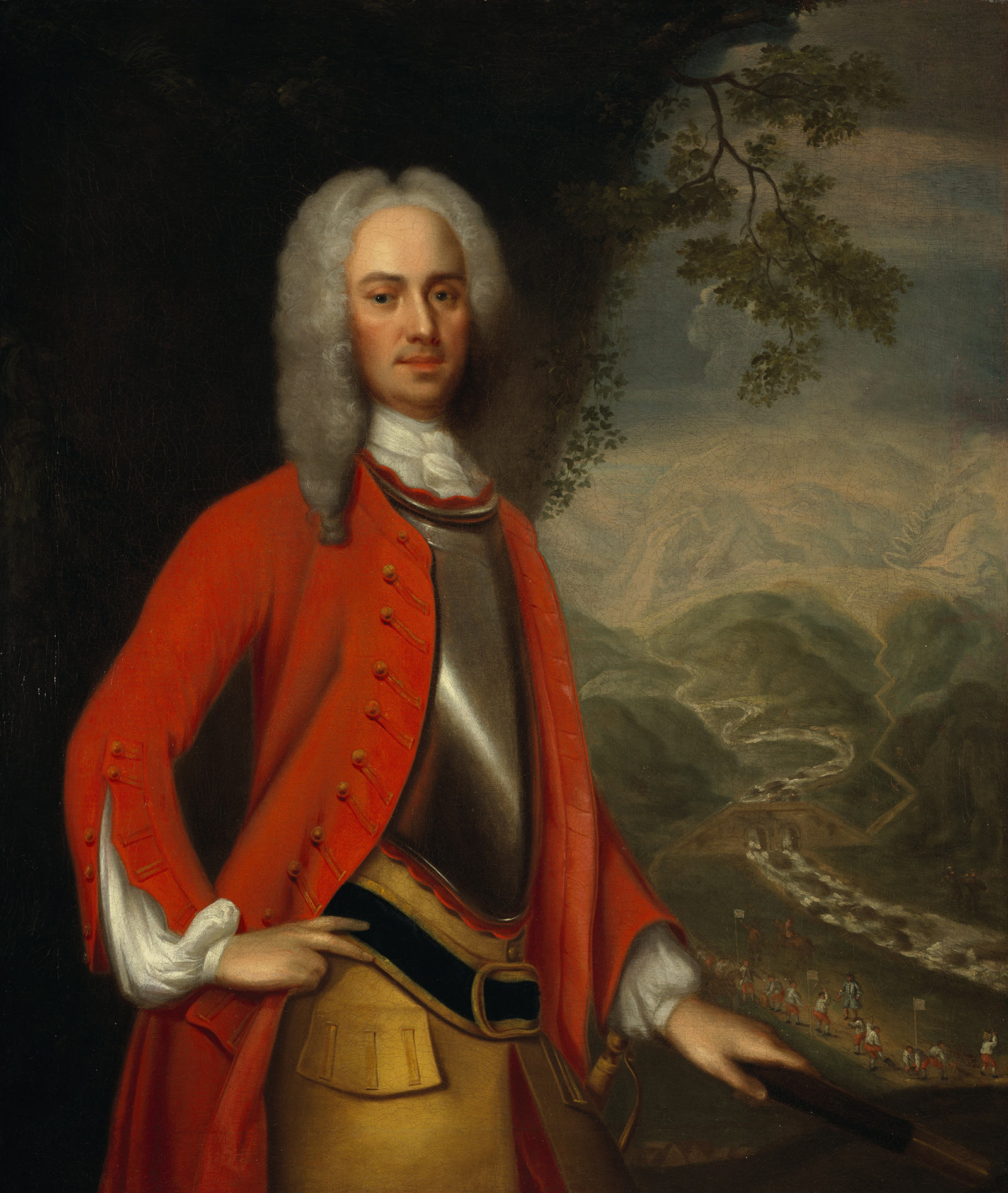 Wade was appointed Commander-in-Chief of North Britain in 1724 and sent to the Highlands in the same year. He spent the next 11 years supervising the building of over 250 miles of roads and 40 bridges to open up the most inaccessible parts of the country. In the distance, soldiers (or ‘Highwaymen’ as Wade called them) are shown building the military road between Dalwhinnie and Fort Augustus. Cutting through the Corrieyairack Pass, the road included no fewer than 18 traverses, a considerable engineering feat.