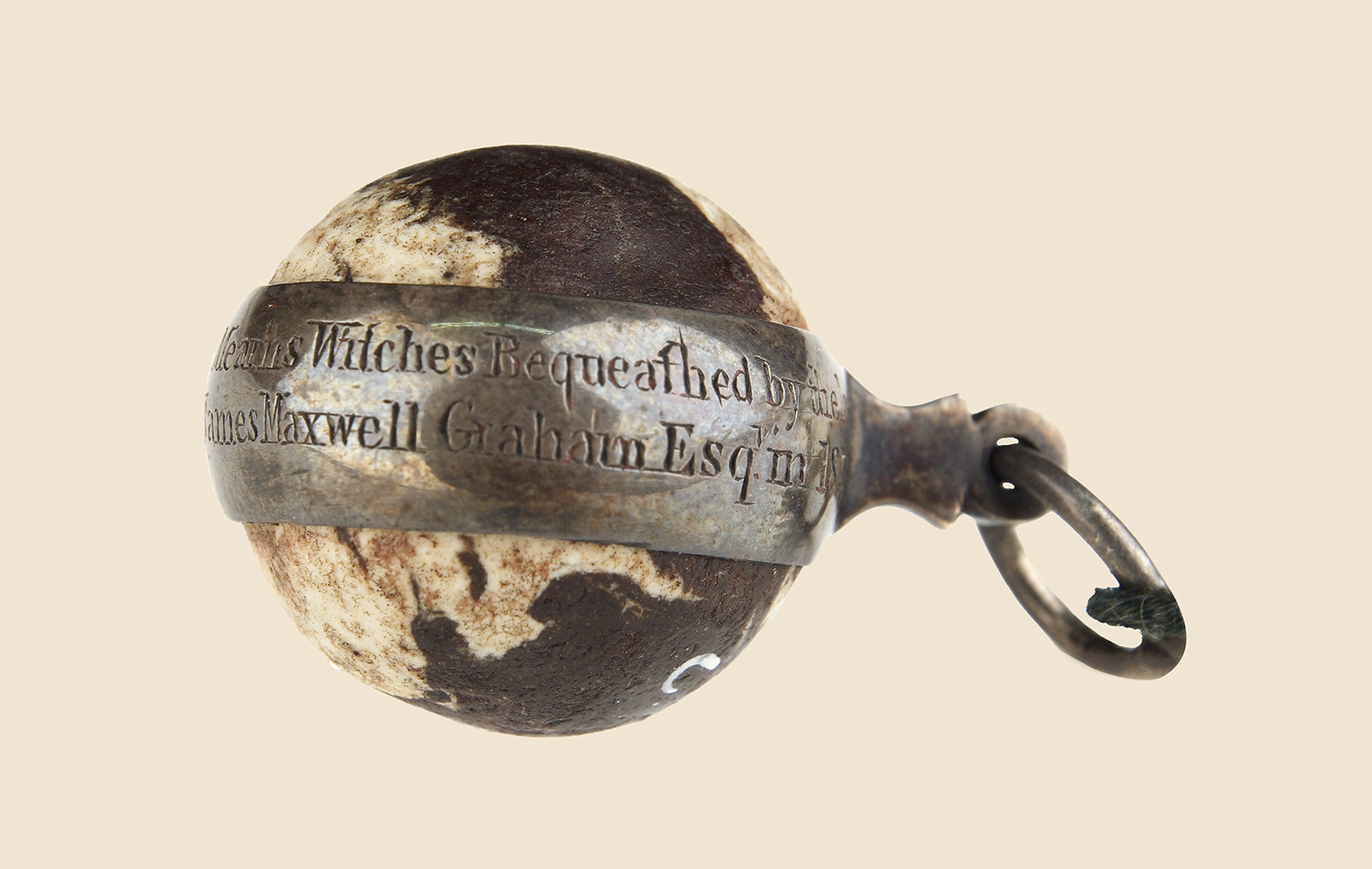 Ancient customs and superstitions linked to witchcraft were of great interest to the likes of Thomas Pennant and others who followed in his footsteps. This witches’ charm from Mearns in Angus, north eastern Scotland, belonged to a well-known dynasty of practitioners of magical rituals and spells. Worn as a protective amulet against poison, it would purportedly grow in strength as it was passed down the generations and captures the extent to which such practices still permeated 18th-century Scotland. Like the targe illustrated elsewhere it was presented to The Hunterian in 1813.