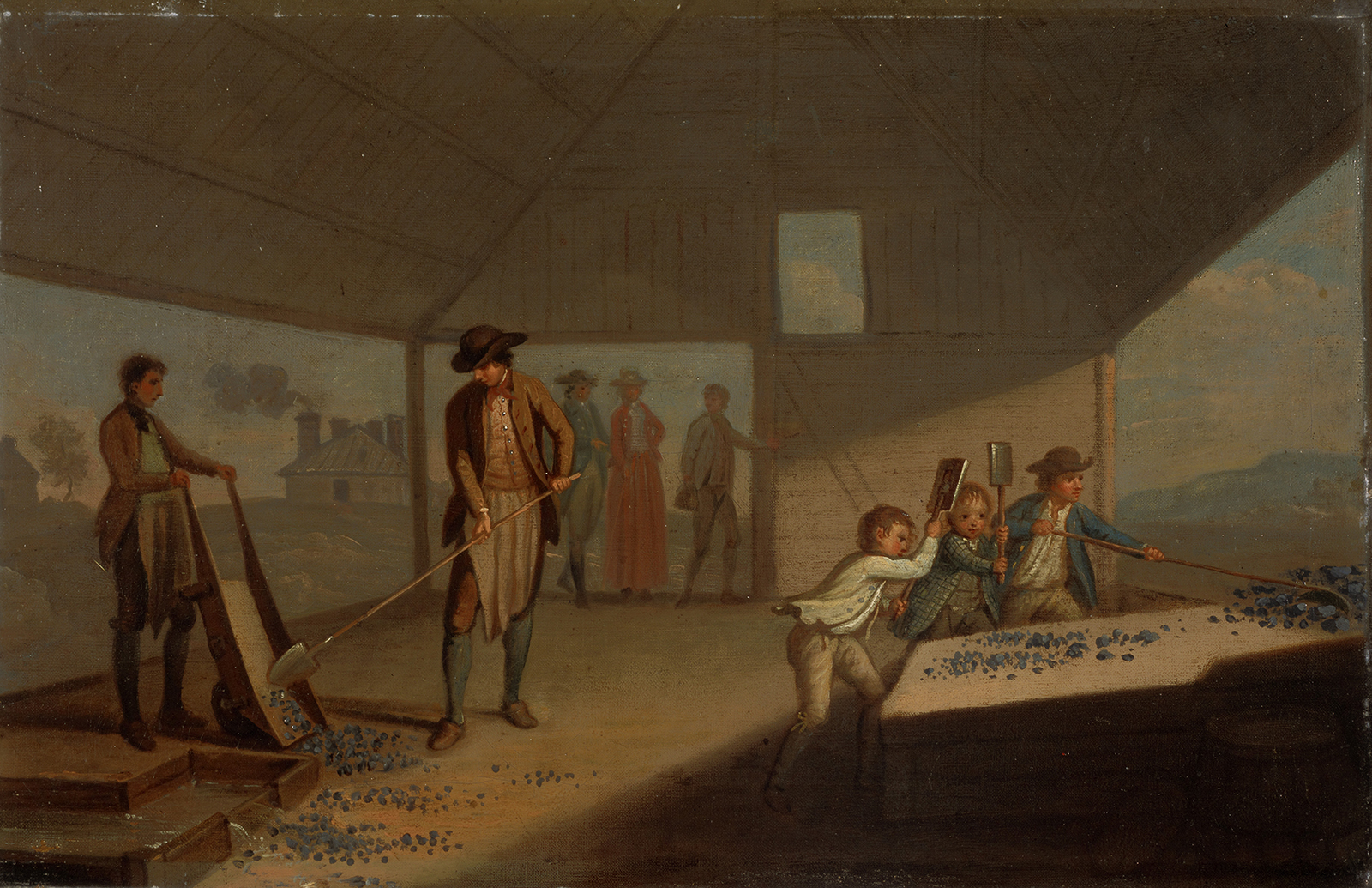 Lead-mining was one of Scotland’s few domestic industries during the 17th and 18th centuries. Leadhills mines in the Lowther Hills, north of Dumfries, belonged to James, 3rd Earl of Hopetoun and were considered a technological wonder by those with an interest in modern technology. Famous visitors included Thomas Pennant and William Gilpin who noted “an infirm frame, and squalid look in most of the inhabitants”, due to their high levels of exposure to lead. In 1786, the earl commissioned a set of four cabinet-sized pictures from the Scottish artist David Allan illustrating the mining operations at Leadhills.