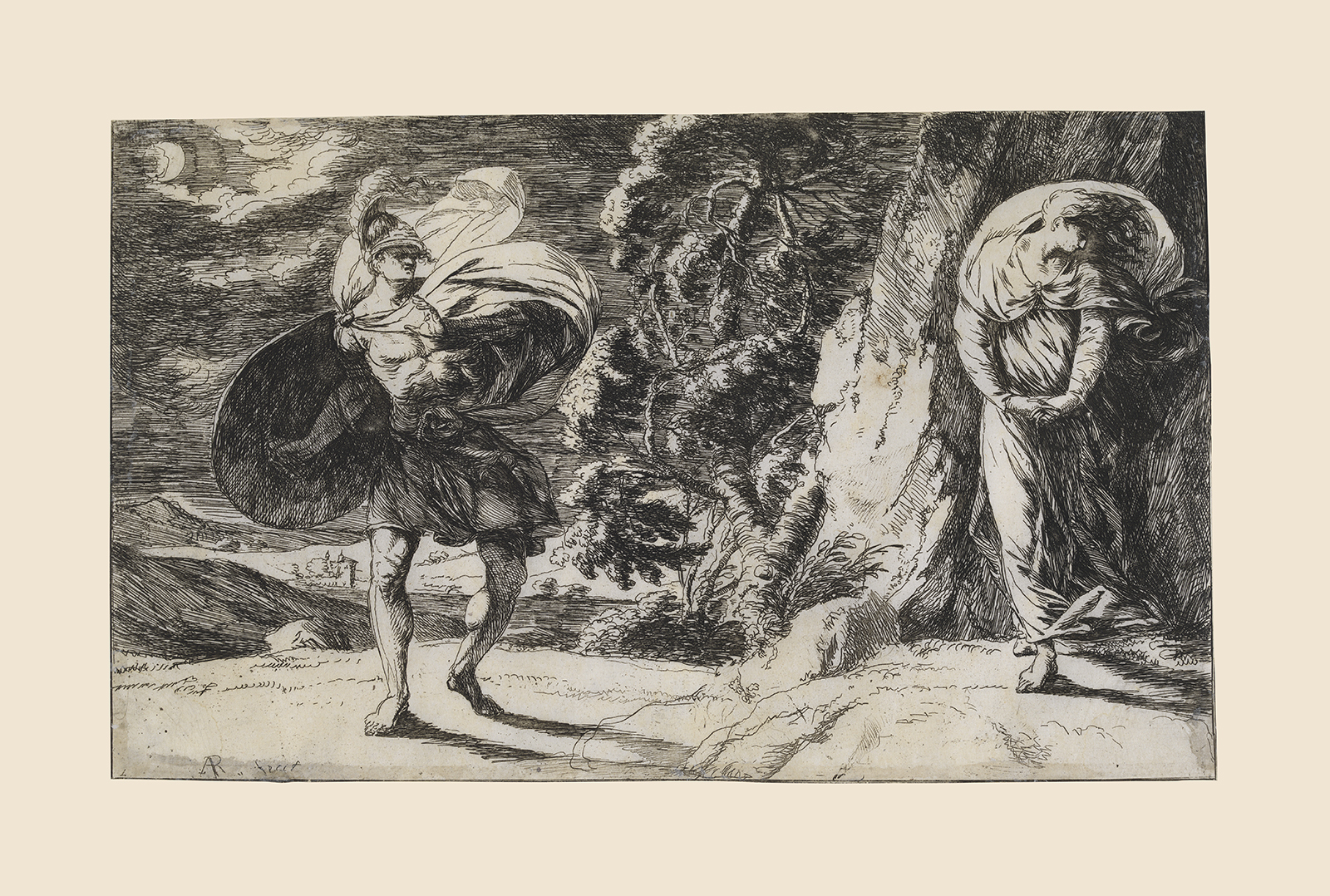 Both 'Fingal and Conban-Cargla' and its smaller version, 'Catholda', depict Fingal’s accidental discovery of a hunter who has chosen to be imprisoned in a cave for life rather than submit to her husband’s murderer. Runciman’s figures show an awareness of the work of Salvator Rosa, whose art was often associated with ‘savage and uncultivated nature’, as well as other Italian masters. They also have a spontaneous energy of their own.