Cormar attacking the Spirit of the Waters 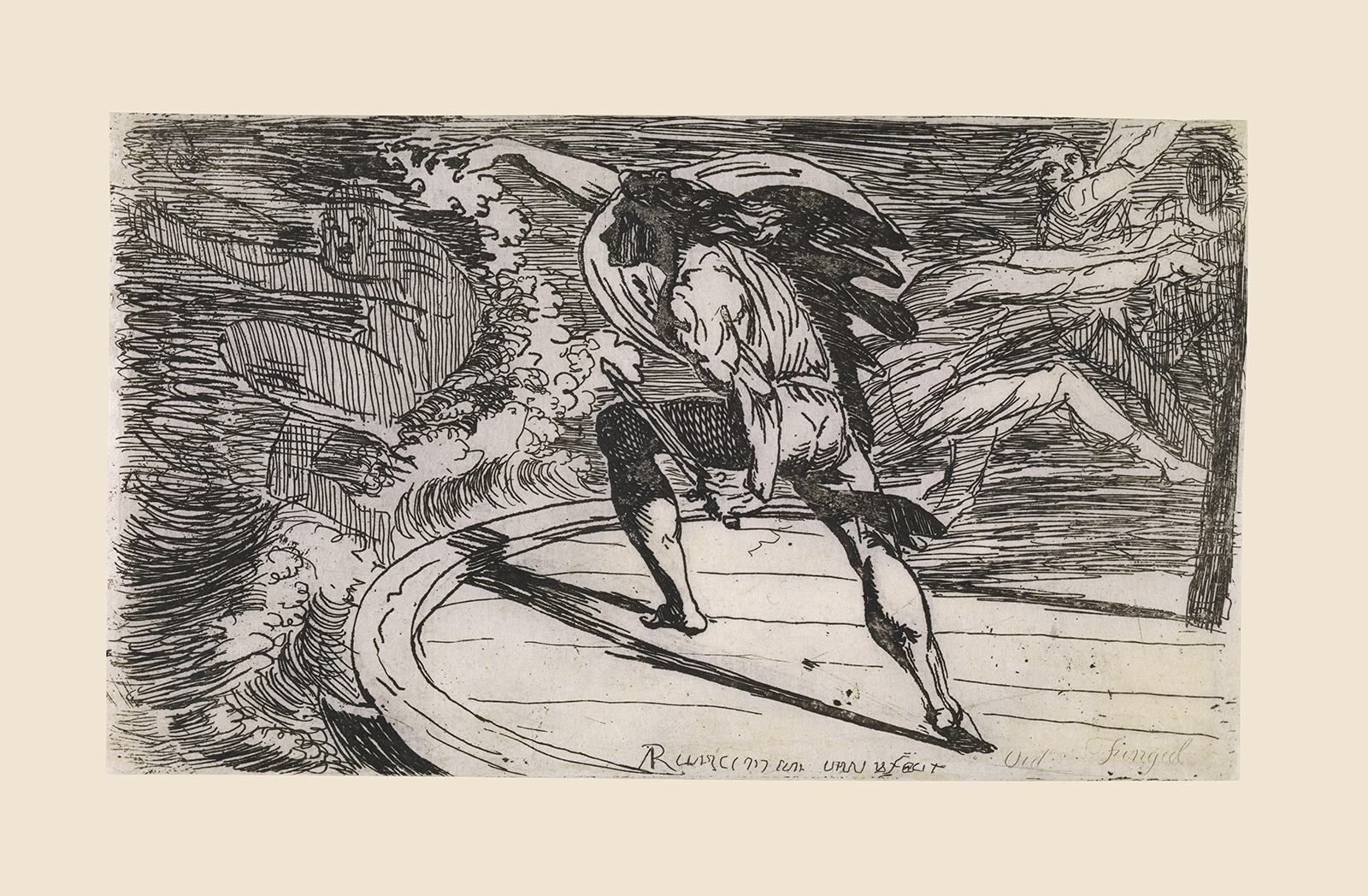 The Ossian Hall at Penicuik House was the most extensive domestic pictorial scheme of its day in Scotland. Despite his training under Robert Norie as a landscape painter, the settings of Runciman’s designs are sketchy. Instead, the dramatic action is carried by the artist’s highly expressive figures. Showing little regard for anatomical niceties, Runciman’s protagonists are highly stylized. But the exaggerated physicality of a figure like the Cormar featured in this scene ably conveys the sense of primal power embodied by Ossian’s heroes, conjuring up a primitive world “in which human nature shoots wild and free”.