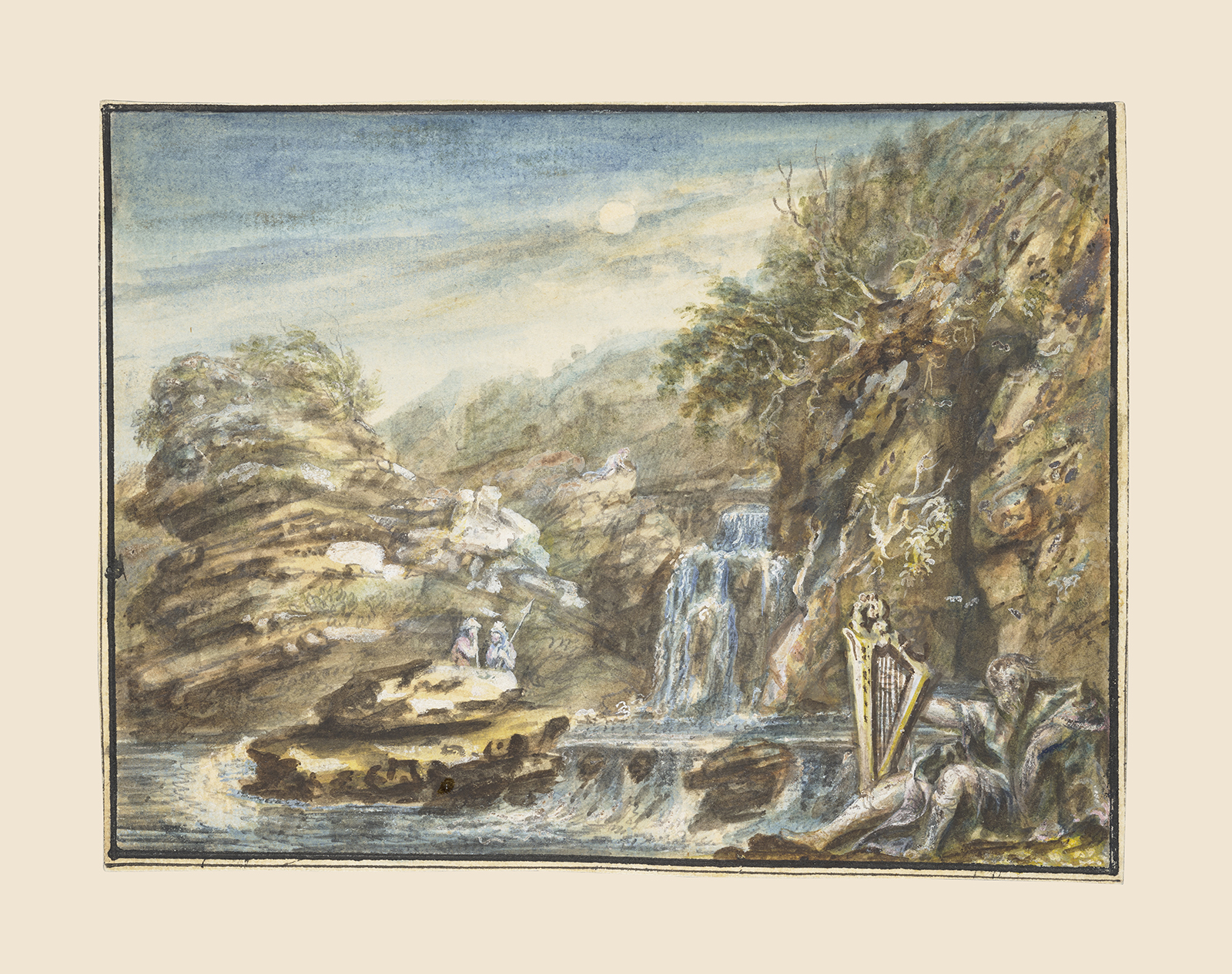 When travelling through north-eastern Scotland on Pennant’s behalf, Cordiner made a number of sketches. These were to form the basis of designs for his own 'Romantic Ruins, and Romantic Prospects of North Britain' (1781–95). Kept in this album, many are the first depictions of well-known landmarks. Here, Cordiner accentuates the Ossianic associations of Carril (a local crag named after the grey-haired bard, Fingal) through the addition of a blind bard.