Aberbrothock in Picturesque Antiquities of Scotland, part III, plate I 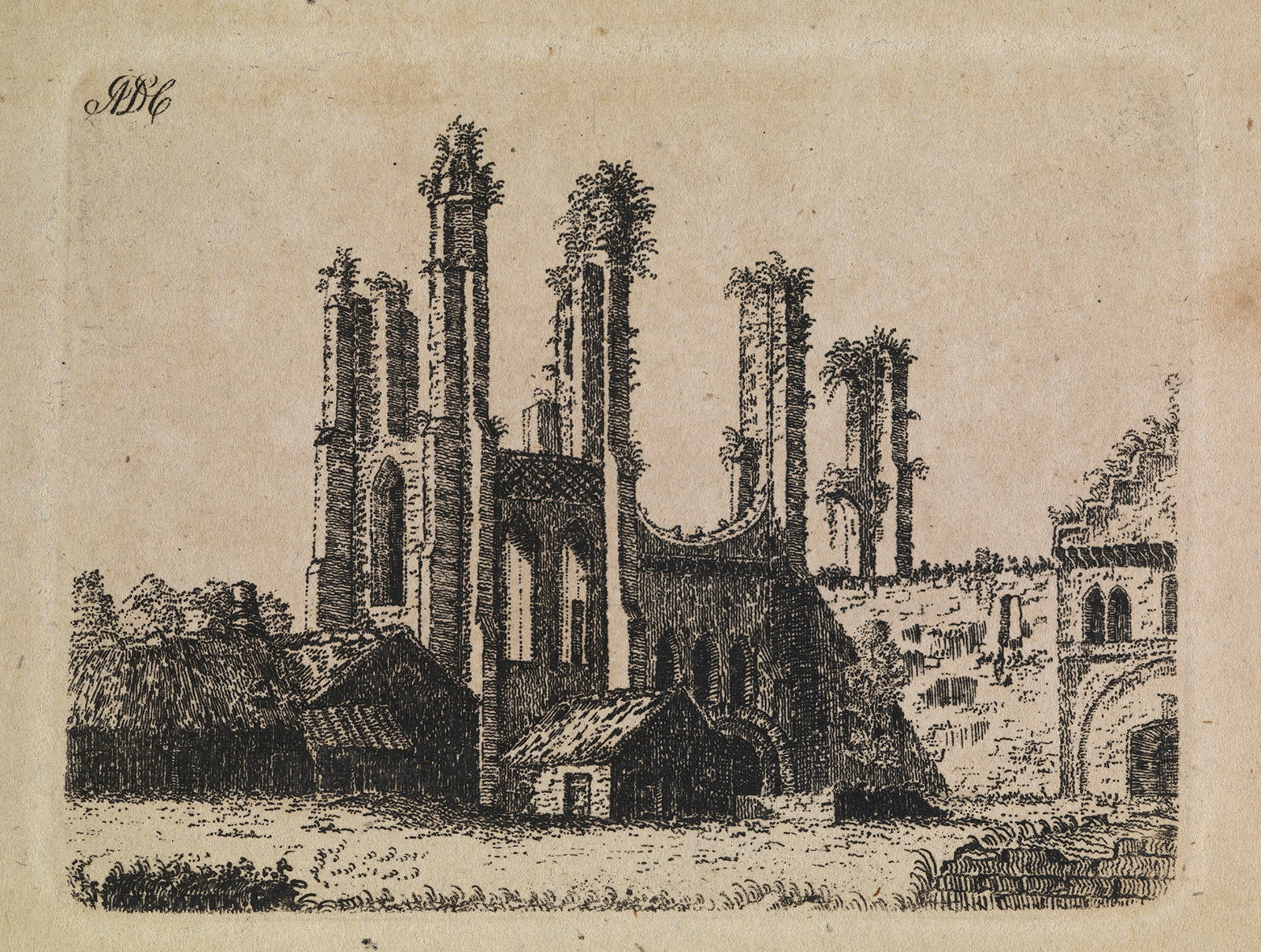 This engraving depicts the remains of the great Abbey that once flourished in Arbroath, then known as Aberbrothock. In 1772, the famous English writer Dr Samuel Johnson passed through the town and noted “The Monastery of Aberbrothock is of great renown in the history of Scotland. Its ruins afford ample testimony of its ancient magnificence. I should scarcely have regretted my journey had it afforded nothing more than a sight of Aberbrothock.” Illustrated travel books about Scotland flooded from the press in the aftermath of Pennant’s pioneering publications of the early 1770s. Among them was Adam de Cardonnel’s Picturesque Antiquities of Scotland (1788–93).