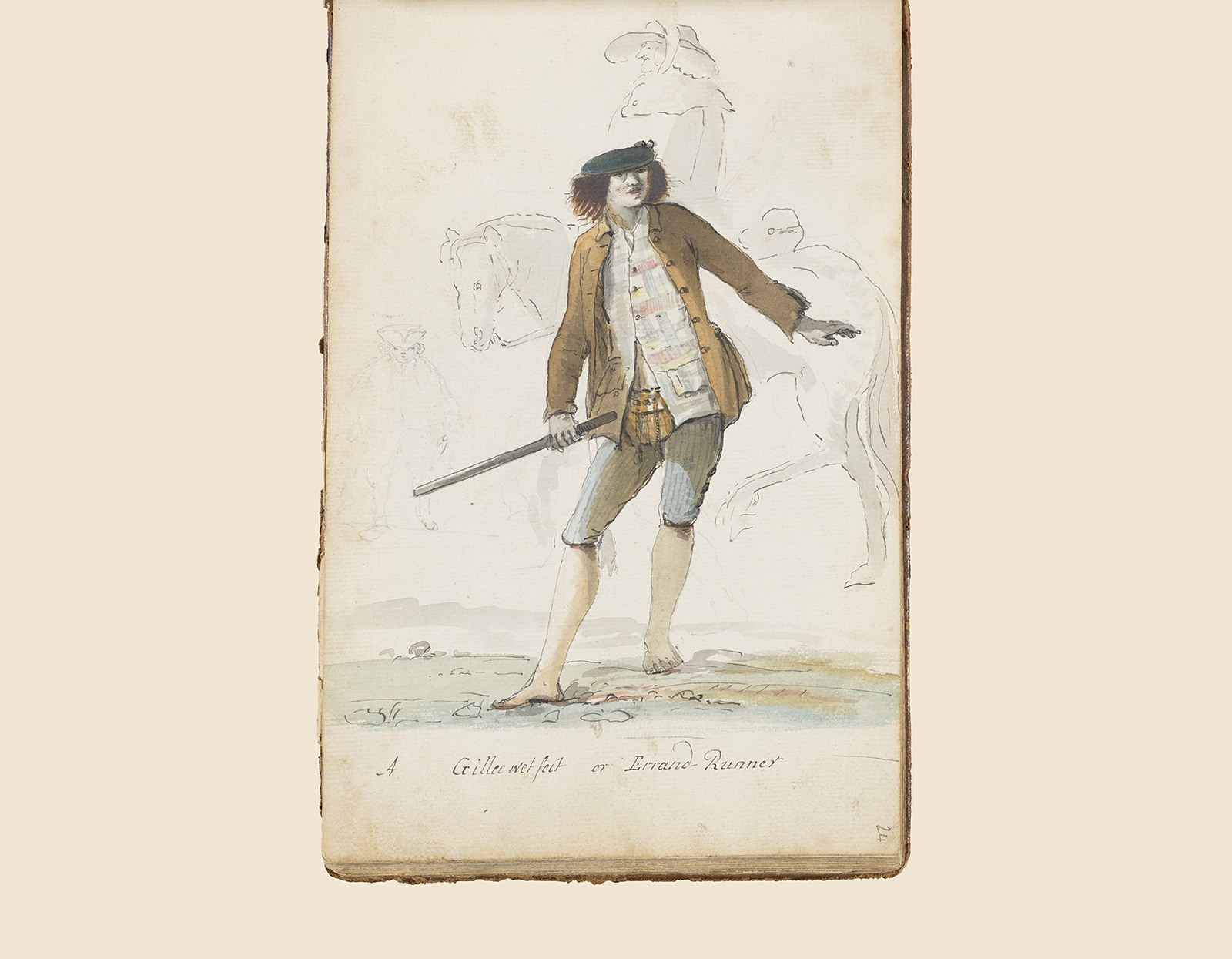 A Gillee Wet Feit' is a translation of 'gillie-casfliuch', (from the Gaelic cas (foot) and fliuch (wet), the gillie or attendant on a Gaelic chieftain. His main duty, ridiculed by Burt and other travellers, was to carry his master, when on foot, over fords and streams. This sharply observed image is to be found in a sketchbook made in and around Fort George and Inverness, shortly after the 1745 Jacobite rising. It was probably executed by recruits guided by Paul Sandby.