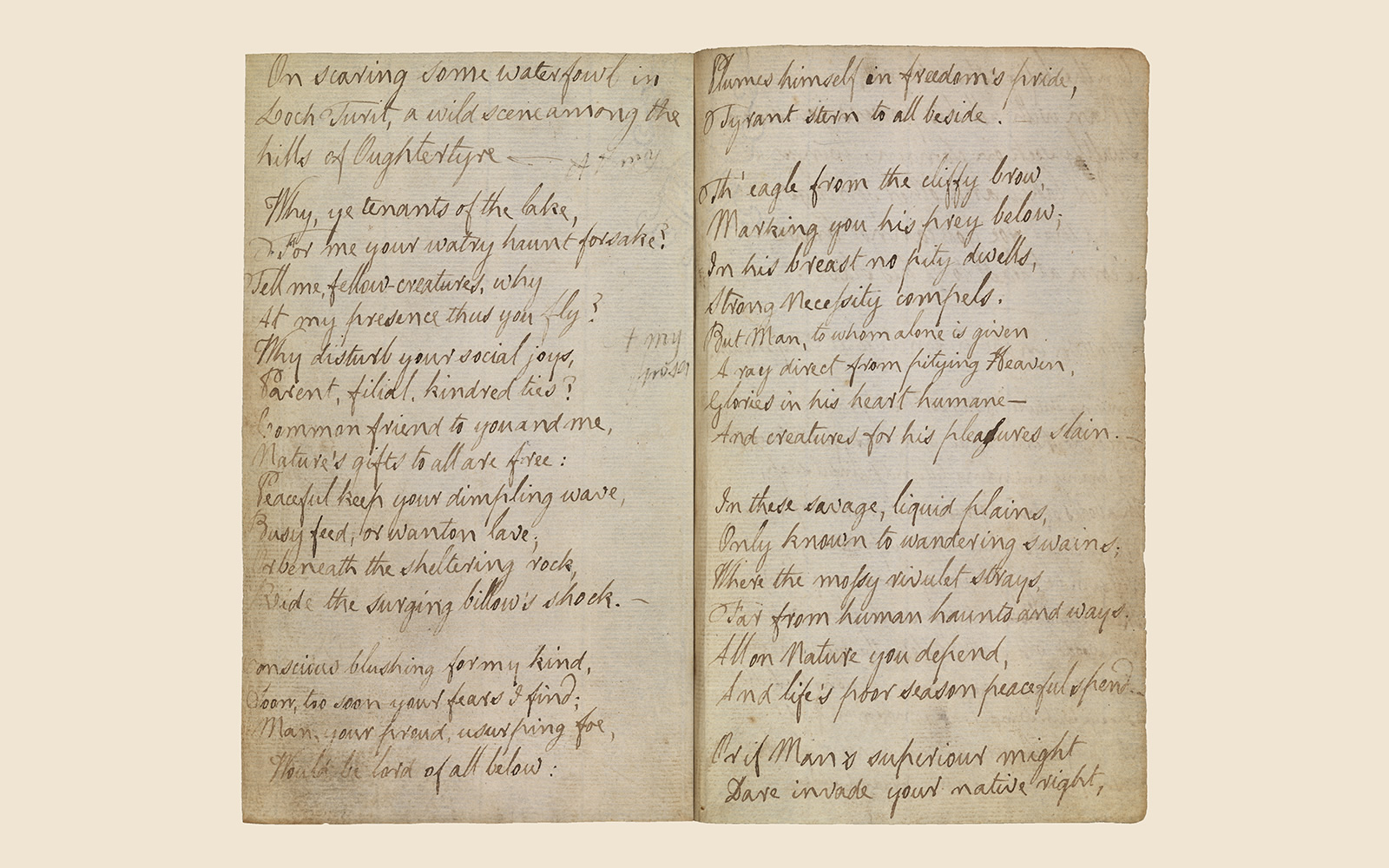 'On Scaring some Waterfowl in Loch Turit'

'Written in the Hermitage at Taymouth'

Both these poems were written during Burns’ 1787 tours of the Highlands. The second poem was inspired by the Acharn Falls and its Hermitage on the Earl of Breadalbane’s estate at Taymouth, first described and illustrated by Pennant and later by Gilpin. Published shortly after Burns’ Highlands trips, such poems played a key role in raising the profile of the Acharn Falls and similar spots, which became popular destinations for picturesque and literary tourists.